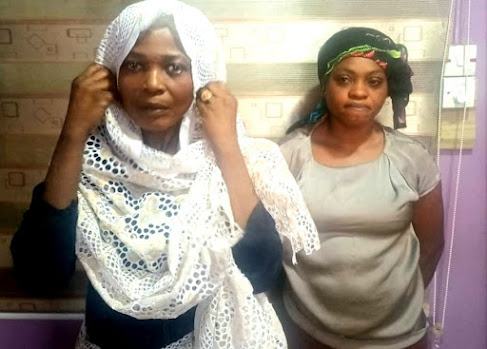 The FCT Police Command on Friday confirmed that Prof. Zainab Duke Abiola, and her domestic staff, including the housemaid Rebecca Enechido, and a male suspect at large, who assaulted a female officer, Inspector Teju Moses, have been remanded in the Suleja Correctional facility.

Recall that Teju was allegedly brutalized by her principal, Prof. Zainab, Rebecca, and a male suspect at large.

A statement on Thursday by Force Public Relations Officer, Muyiwa Adejobi announced that Zainab and Rebecca had been arrested.

Zainab, a legal practitioner, human rights activist and others assaulted her orderly on Tuesday at her residence in Garki, Abuja.

The attack followed the refusal of the orderly to breach professional ethics by carrying out menial and domestic chores at her house.

The video showing Inspector Teju in pain, with a bleeding face, trended on social media this week.

“Prof. Zainab Duke Abiola & co were arraigned by the Chief magistrate court in zone 6 for the offences of Criminal conspiracy, Causing Criminal, hurt without provocation, Attempt to commit culpable homicide & Intentional insult to cause a breach of trust.

“The court ruled that the suspect be remanded in the Suleja Correctional facility while the case was adjourned to October 5th for the next hearing.”