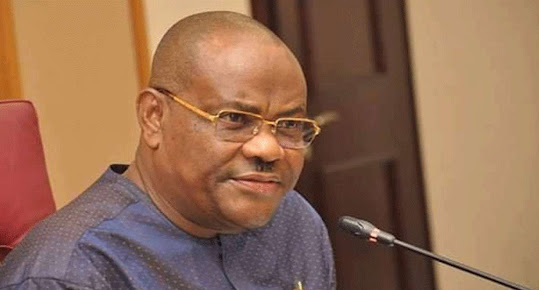 Governor Nyesom Wike of Rivers State has accused some members of the Peoples Democratic Party, PDP, of negotiating with President Muhammadu Buhari in 2019.

Wike alleged that some PDP chieftains assisted Buhari in being re-elected in 2019 by negotiating with him.

He disclosed this during the commissioning of the Rivers State University campus in Etche, Rivers State, on Tuesday.

The governor who did not disclose the names of the chieftains said he was approached to join them during the negotiation but he refused.

According to Wike, “When they were going to negotiate with President Muhammadu Buhari in 2019, they came to me and I said no; no negotiation; PDP must win. I said no.

“That was why Buhari won the election. Those of them who made sure PDP never survived since 2015, that destroyed PDP, I see them today opening their mouths.

“Those of them who left this party are today calling us boys. The boys that stayed back and kept the party while those of them that founded the party left.

“Since you are a Rivers man, you don’t need to be intimidated by anybody. Some people told me be careful, they will kill you. Who told you that you would not die first before you come for me.”