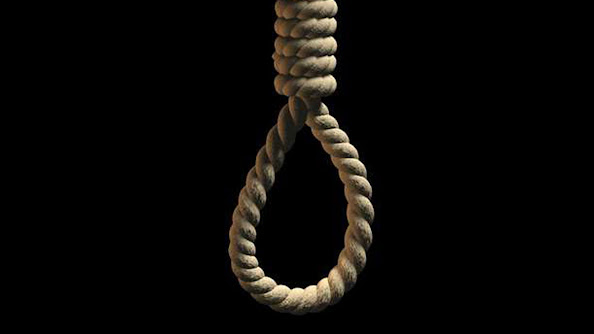 A student of the Ipetu-Ijesa College of Technology, Olonade Tomiwa Victor has reportedly committed suicide.

In a statement by the Osun State Police Command Spokesperson, Yemisi Opalola on Saturday, Olonade, a 19-year-old student was found hanging dead in the compound with a telephone cable around his neck.

The statement by Opalola said the incident was reported at Ilesa A Divisional Police headquarters by Agboola Olusola, a youth leader in the area.

“Today, 10/9/2022 at about 2:30pm, one Agboola Olusola ‘M’ of 049 Isokun Street, Ilesa, the youth leader, reported at Ilesa ‘A’ Division that Olonade Tomiwa Victor, ‘M’ ages 19 years, a student of Ipetu-Ijesa College of Technology, Osun State was found dead, hanging in the compound with a telephone cable.”

Opalola revealed that detectives dispatched to the scene of the incident reported that there were no marks of violence on the body of the deceased.

She said the detectives took photographs of the scene and later deposited the body of the teenager at Wesley Guild Hospital, Ilesa.

The Command spokesperson added that the case is still under investigation at the divisional level at ‘A’ Division Police headquarters and that further development will be communicated duly.