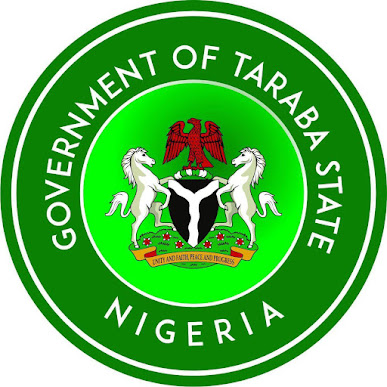 The Taraba State Government has urged the Federal Government at the center to reimburse it for the amount so far expanded on federal roads across the state.

Making the request on Saturday, during a media parley in Jalingo, the state capital, the Commissioner of Works, Irimiya Hammanjulde, said the money, if reimbursed, will assist in completing some of the ongoing projects in the state.

Some of the federal roads listed by him to have been constructed by the state government include the Jalingo-Kona Phase Two, Bali Serti 115 km road, Takum Katsina-Ala Road, Takum Chanchanji Road, and Mararaban Baissa-Abong 82 km road.

He also enumerated the dualization of the NYSC-Kpantinapu 18 km road, the extension of the Nukkai bridge as well as six pedestrian bridges, and a flyover.

But for the shortage of funds, as he made known, the government would have long embarked on the construction of street roads within Jalingo, the state capital.

The state governor, Arc. Darius Dickson Ishaku, as stated by the Commissioner, has earlier mapped out plans to link the city by the construction of street roads but lamented the challenges of financial constraints.

He was also observed to have faulted the decision of the Federal Government to re-award for construction the Bali-Serti-Gembu road, which he said the state government had already commenced work on.

Wondering why the government at the center should re-award the contract when the state government had already constructed 115km of the said road, such an act, according to him, is uncalled for.

He said, “As you all know, the Federal government re-awarded the Bali Serti Gembu road project which had been constructed by the state government.

“We have already completed the project and it’s already been put to use.”

The Commissioner who did not disclose the amount involved, however, admitted that the federal government had reimbursed some of the amount in question.