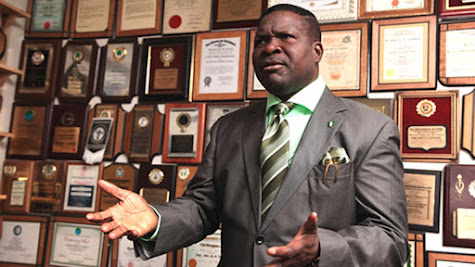 A Senior Advocate of Nigeria, Mike Ozekhome, has said none of those contesting to be the president of Nigeria in 2023 can solve the nation’s many problems.

According to Ozhekome, Bola Tinubu of the All Progressives Congress, Atiku Abubakar of the Peoples Democratic Party,z Peter Obi of the Labour Party, and all other presidential candidates would only try, but they would not be able to save Nigeria from the enormous challenges facing it.

The legal practitioner insisted that the presidential candidates “cannot solve the problem of insecurity, poor economy, poverty, hunger and hopelessness that has enveloped the country.”

He spoke while delivering his speech at the 2022 Independence Day Anniversary Lecture organised by the Ogun State chapter of the Nigeria Labour Congress (NLC) in Abeokuta, the state capital.

Speaking on the theme: ‘Nigeria In Search For An Enduring Political Structure; Imperative Of Structural Reforms‘, Ozekhome said only restructuring and change of the system of government can save Nigeria from doom.

He maintained that “virtually everything is wrong with our country: insecurity, collapsed infrastructure, failure of the public school system, an economy in shambles. The list is endless.”

Ozekhome advocated “embracing our discarded Prime Minister system of government or dismantling and recoupling several of the institutions that help or hinder us.”

He called for “a serious re-examination of the 36 state structure as federating units vis-à-vis their fiscal/economic viability or their consolidation into six or more regions with economies of scale and higher investment rates.”

The senior lawyer also advocated multiple vice-presidency, representing respective regions other than the region of the president, each of who would have supervising powers over some ministries to ensure equitable representation in the federal cabinet.

He held that the nation had derailed from the vision of its founding fathers, adding that if those in power do not want a change, “the nation is likely to crumble.”

Ozekhome also clamoured for the amendment of the 1999 constitution.