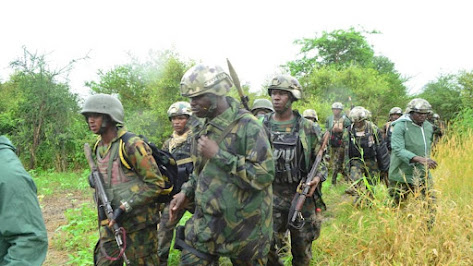 Scores of Islamic State’s West Africa Province (ISWAP) fighters in the Bama and Sambisa axes of Borno State have been killed.

The terrorists eliminated at the weekend included many fighters and some high-ranking commanders.

It was gathered that the footsoldiers subdued were more than 100. The Nigerian Air Force (NAF) provided aerial support.

The insurgents were engaged on the ground by a contingent of the Nigerian Army assisted by local volunteers, mostly vigilantes.

The officer said the troops of 199 Special Battalion and 222 Battalion of Operation Hadin Kai demonstrated exceptional gallantry during the execution.

“More impressive is the fact that the air support from our NAF aircraft engaged fleeing terrorists, bombing many of them in the process,” the source added.