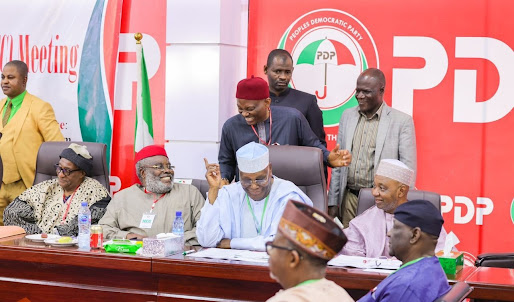 The ex-Senate President assumed the position at the 97th National Executive Council (NEC) meeting in Abuja on Thursday.

The new BoT chair, who replaces Wahid Jibril, noted that the PDP has an inbuilt mechanism to solve problems.

“We have done it several times. When people expect us to implode, that is when we become very glorious.

“I want to advise us that we should always debrief ourselves in-house no matter what the anger is”, he said.

Wabara advised chieftains and members to control utterances “because by and large, only God knows tomorrow”.

The former lawmaker stated that comments voiced out are difficult to pick back.

“My advice to use is that we should be mature enough to control our temper”, Wabara added.