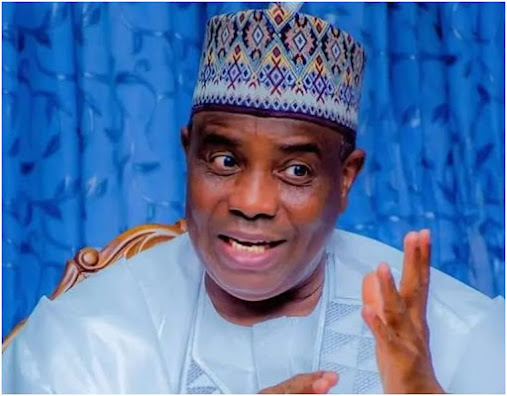 The Governor of Sokoto State, Aminu Tambuwal, has alleged that the All Progressives Congress, APC, owns a fake news factory.

He made the claim while addressing a crowd of party supporters at a campaign rally in Kaduna, on Monday.

He said: “some people said PDP has suspended its rallies in Nigeria, we issued a statement that it was fake news manufactured from the fake news laboratory of the APC and we are here in Kaduna today.

“We have also just witnessed another effort to throw spanners in our works, they will fail and they have failed, and they will continue to fail by the Grace of God.

“They do not want us to continue because they are not prepared, they have not even constituted their presidential campaign council, not to talk of flagging off their campaign because of infighting. They are busy fighting themselves”.

Meanwhile, suspected political thugs have attacked supporters of the presidential candidate of the Peoples Democratic Party, PDP Atiku Abubakar at a campaign rally in Kaduna State.

The former vice president confirmed this in a post on his verified social media handles on Monday.

Atiku in the post called on President Muhammadu Buhari to call supporters of all political parties to order in a bid to tackle the reoccurrence of such incidents.

He wrote, “I have just received emergency reports of attacks on PDP supporters by thugs sponsored to scuttle the ongoing PDP campaign rally in Kaduna State. This is undemocratic and against the Peace Accord all parties signed up for just a few weeks ago.

“I urge President Muhammadu Buhari to call on all parties to call their supporters and members to order and to ensure that campaigns, just as with the elections themselves, are kept free, fair and safe”.