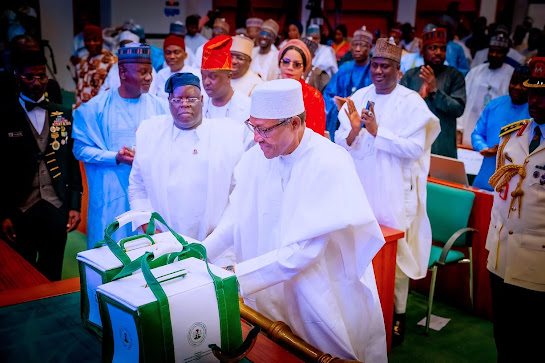 President Muhammadu Buhari had last week laid a total expenditure of 20.51 trillion Naira before the Joint Session of the National Assembly as the 2023 Budget Proposals of the Federal Government of Nigeria.

While presenting the budget, President Buhari lamented that it has come to his attention that Government-Owned Enterprises liaise directly with relevant NASS committees to have their budget passed and issued to them directly.

He implored the leadership of the National Assembly to ensure that the budget he presented, including those of the GOEs, be returned to the Presidency when passed.

The President also warned that the current practice where some committees of the National Assembly purport to pass budgets for GOEs, which were at variance with the budgets he sanctioned, needed to stop.

His warning, seemingly, is connected with the recent disclosure by the Independent Corrupt Practices and Other Related Offences Commission (ICPC) that it unearthed infractions in the 2021 and 2022 Appropriations Acts, rising to the tune of N400bn.

Despite the colossal revelation made by the anti-financial crime commission, no prosecution of MDAs and Public Officers involved in the padding of the 2021 and 2022 national budgets has been carried out.

There is rising fear that the 2023 budget might take the same route if the issue of budget padding is not addressed, with even more devastating effects considering the precarious state of the country’s economy.

However, a financial expert, Dr Wilson Orji, has warned about the debilitating effect of budget padding on the Nigerian economy, insisting that such acts of corruption should not be swept under the carpet.

Dr Orji, who teaches political economy at the Enugu State University of Science and Technology, believes the prosecution would serve as deterrence and prevent willful acts of corruption in the nation’s budgeting process.

“I urge for more preemptive actions by anti-corruption agencies to address infractions by MDAs and salvage the nation’s economy, which is currently on a precipice according to a recent state of the economy report by the Ministry of Finance”.

“Although the ICPC boss disclosed that the names of MDAs involved in these acts of corruption would be released to the Committee, it is imperative that these names be published for public scrutiny. Public officers who are found to be culpable should immediately be prosecuted to serve as deterrence”, Orji advised.

He also called on the relevant stakeholders to strengthen mechanisms that promote transparency and accountability in the public sector.