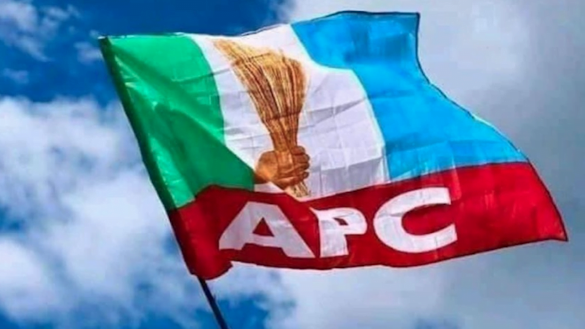 The All Progressives Congress (APC) described the statement credited to the presidential candidate of the Peoples Democratic Party (PDP), Atiku Abubakar as a decisive attack on the country’s national unity, worse than he had inflicted on the PDP.

It added that the statement was, however, not surprising coming from a desperate and serial failed candidate for the office of President.

Atiku had on Saturday at the Arewa town hall policy dialogue at the weekend in Kaduna, said, “What the average Northerner needs is somebody who is from the North … he doesn’t need a Yoruba Candidate or an Igbo candidate.”

Reacting in a statement issued Sunday by the National Publicity Secretary of APC, Felix Morka, the party said the desperation by Atiku showed that he cannot be entrusted with the most important job of President, which core duty is uniting and working in the best interest of all in an ethno-religious pluralistic society as Nigeria.

He said what was even more confounding was that Atiku has touted himself to be on a mission to unify Nigeria, but added that the cat has finally been let out of the bag of him that pays lip service to unity while working hard to undermine the nation’s unity.

Morka said the country’s Northern citizens and patriots know far better than Atiku thinks, and would not walk down that slippery slope with him.

Morka said: “Evidently, Atiku seeks to inflict on Nigeria discord and strife of a worse kind than he has inflicted on his PDP. ”

The Spokesperson noted that against the dictates of his party’s constitution on the principle of power rotation between the North and South, Atiku wrested presidential candidacy and left his party in fractious disharmony.

“It is beyond the pale for a senior citizen and a former Vice President of the Federal Republic to so brazenly instigate strife and disunity in our country in pursuit of his befuddled political self interest.

“Atiku’s words ring loud of extreme and mindless desperation, and such an extremely desperate man cannot and must not be entrusted with the most important job of President – a job which core duty is that of leading, uniting and working in the best interest of all in an ethno-religious pluralistic society as Nigeria. Our country does not need this kind of highly inflammable rhetoric now or ever,” he stated.