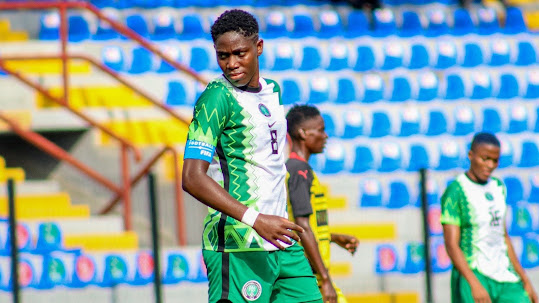 Super Falcons forward, Asisat Oshoala, believes the team have a decent chance of progressing beyond the group stage at the 2023 FIFA Women’s World Cup.

The nine-time African champions will face co-hosts Australia, Canada and Republic of Ireland in Group B.

The Super Falcons are the lowest ranked in the group, according to the latest FIFA ranking.

“I think we have a really good group. It’s the World Cup and it’s not meant to be easy or a walk in the park,” the Barcelona forward Oshoala told BBC Sport Africa.

“With the group we have, I feel we have a chance.”

“We get to play Canada, a team we know very well, and of course Australia.

“It won’t be easy against the Republic of Ireland, but we had Australia in our 2015 group. We lost to them 2-0. It’s a good opportunity for us to come back and also prove that we’ve improved from the team they played seven years ago.

“We have a very good group and are really excited for the tournament.”

Randy Waldrum’s side will confront Canada in their first game in the competition in Melbourne on July 21 before facing Australia and the Republic of Ireland in Brisbane.