2023: It is over – Tinubu speaks on ‘bad’ relationship with Osinbajo 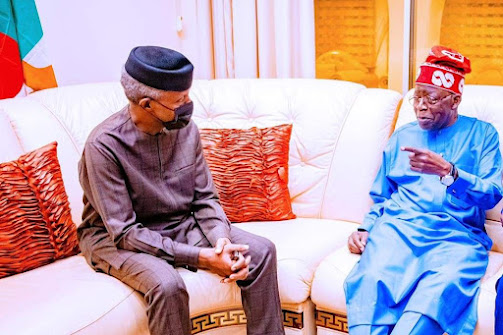 The presidential candidate of the All Progressives Congress (APC), Asiwaju Bola Tinubu, has insisted he does not have anything against Vice-President Yemi Osinbajo.

Tinubu stated this when he addressed a group in Kano that worked for Osinbajo’s presidential bid.

Ahead of the APC presidential primary, there were controversial reactions after Osinbajo declared his bid to contest the presidency with Tinubu also in the race.

It was then rumoured that both politicians had fallen out since then.

But Tinubu said: “I have nothing against him. I’ve been to his house after the primaries.

“I saw him on the day of the goodwill message [at] the retreat organised by the president.

“If you cannot give forgiveness, how are you asking from Allah? To me, it is over.”