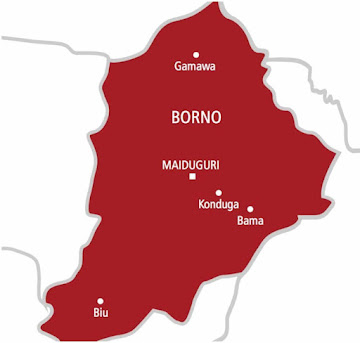 No fewer than 11 political parties have fielded candidates for the 2023 governorship election in Borno.

The lists of the candidates is contained in a document released by the Independent National Electoral Commission (INEC) in Maiduguri.

INEC’s Head of Department, Voter Education and Publicity (VEP) in the Borno, Malam Shuaibu Ibrahim, confirmed the development to the News Agency of Nigeria (NAN), on Thursday in Maiduguri.

According to the Commission, Gov. Babagana Zulum is seeking re-election under the platform of the All Progressives Congress (APC).

While Goni Abdullahi is vying for the seat under the platform of the Labour Party (LP); Umar Mustapha of the National Rescue Movement (NRM), Maigawa Muhammad, People Redemption Party (PRP), Modu Abba, Social Democratic Party (PDP), and the only female candidate in the race, Fatima Abubakar of the African Democratic Congress (ADC).

The INEC lists indicated that only 12 women of the 287 candidates were contesting for the governorship, National and House of Assembly elections in the State.

They are Fatima Abubakar, a governorship candidate under the ADC and Maryam Tijjani of the Accord Party (AP).

Rep. Zainab Gimba of the APC is also seeking re-election into Bama/Ngala/Kala-Balge Federal Constituency, among others.

For the House of Representatives election, only two females are contesting the election out of the total 56 candidates fielded by the parties.

Seven women are among the 193 candidates running for the 28 State constituencies elections.

Others are Aisha Abdulkadir and Aisha Nyako are contesting election for Marte and Maiduguri State constituencies under the platforms of APP and YPP, respectively.

Ibrahim, however, said there were pending cases before the courts regarding PDP tickets for Borno Central Senatorial District, Hawul/Askira/Uba Federal Constituency and Jere State Constituency. (NAN)