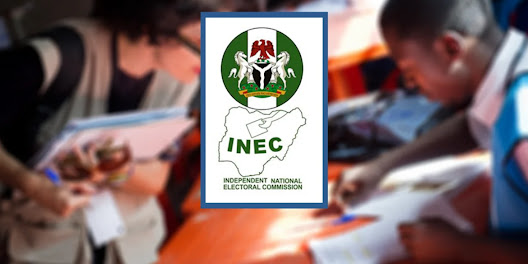 The Independent National Electoral Commission (INEC) has revealed that it has added a total of 9.518 million new voters to the existing 84 million voter register, bringing the preliminary number of prospective voters in the 2023 general elections to 93 million.

INEC Chairman, Prof Mahmood Yakubu made the disclosure on Wednesday during the Commission’s quarterly meeting with political parties in Abuja.

He also reiterated the earlier resolve of the Commission to conduct transparent, free, fair and credible polls in 2023.

Prof Yakubu maintained that regardless of insinuations, there will be no going back on the decision to deploy technology in the form of the Bimodal Voter Accreditation System (BVAS), INEC Result Viewing Portal (IReV) as well as the Electronic Transmission of Results of the elections as approved by enabling laws.

He gave insight into the demographics of the new registrants, stating that young people (18-34years ) constitute 76.5 % or 7.2 million of new voters.

On the actual number of voters that will decide the faith of politicians in 2023, he said the figure would be clear after the preliminary 93 million is subjected to the scrutiny of Nigerians via claims and objections, as he urged Nigerians to help in the clean up of the voter register.

“The display of the physical register will take place at the designated centres from Saturday 12th – Friday 25th November 2022. Further details, including the procedure for filing claims and objections, will be released by the Commission next week. I would like to appeal to all Nigerians to seize the opportunity of the display to scrutinize the list and help us to clean it up further so that the final register of voters for the 2023 General Election can be compiled and published.

Prof Yakubu regrets that despite effort by the commission to ensure a credible CVR exercise, some unscrupulous registration officers made attempts to carry out fictitious registration.

He disclosed that internal audit carried out by the commission has isolated about 23 culprits who are presently facing disciplinary action.

“The Commission deployed thousands of diligent staff for the CVR exercise and the vast majority of them discharged their duties conscientiously. Unfortunately, a few of them did not. The fictitious registrations were carried out by some of our Registration Officers involved in the field exercise and could easily be traced. Each registration machine is operated using an access code tied to a dedicated e-mail assigned to a staff.

“There is therefore an audit trail that gives the total number of persons registered by each official involved in the registration exercise. In some case, some of them made as many as 40 attempts or more to register one fake voter. As a result, the Commission has so far identified 23 Registration Officers involved in this unethical conduct and disciplinary action has commenced.

“We shall continue to protect the integrity of our voters’ register. It is pivotal to credible elections. It is also a national asset and easily the largest database of citizens in Africa and one of the largest in the world.”