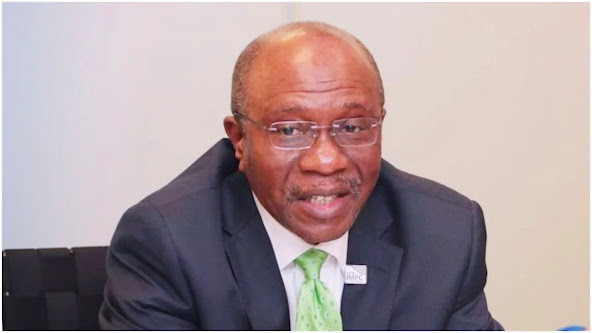 A Federal High Court in Abuja on Thursday ordered the Governor of the Central Bank of Nigeria (CBN), Mr Godwin Emefiele, to appear before it on January 18, 2023, to explain his refusal to obey valid order for payment of $70 million debt.

Justice Inyang Edem Ekwo issued the fresh order following confirmation that Emefiele has refused to obey the order of the court to pay the judgment debt.

A Senior Advocate of Nigeria (SAN), Mr Joe Odey Agi, had obtained judgment summons against the CBN governor following his persistent refusal to carry out the order of the court on the judgment debt.

But rather than honouring the judgment summon served on him through a newspaper publication, Emefiele, through his lawyer, Mr Damian Dodo SAN, applied that the summon be set aside.

His ground was that an appeal had been instituted against the court order for the judgment summon.

But counsel to the applicant, Mr Joseph Njikonye SAN, objected to Emefiele’s motion on the ground that the order for the payment had not been effected.

Njikonye argued that the CBN governor is in contempt of court and must be made to purge himself before the court could give him audience.

In a brief ruling, Justice Ekwo agreed that Emefiele must come to equity in clean hands by obeying subsisting order of the court on the judgment debt payment or honour judgment summon issued against him to offer reasons for disobeying a court order.

The Judge subsequently fixed January 18, next year, for the CBN governor to physically and personally appear before the court as required by law.

The Federal High Court had ordered the CBN through Garnishee Nisi absolute to pay the senior lawyer the $70 million being legal fees for services rendered to some states and the 774 Local Government Areas in the country.

Although the Attorney General of the Federation, AGF, and Minister of Justice were said to have granted consent for the judgment debt payment, Emefiele was alleged to have been footdragging in effecting the payment.