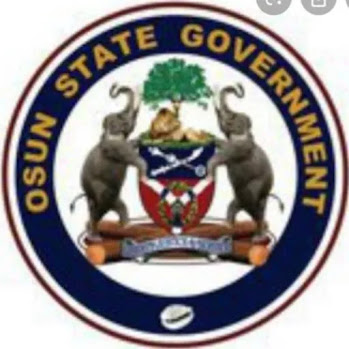 Adeosun added that in appointing Akadiri as Akinrun, the State government did not break any extant law.

Adeosun, who made this known while responding to questions during a radio current affairs programme on Friday in Osogbo, explained that the duty of the government with regards to Chiefs Law is relegated to appointing, while that of the Kingmakers is selection of qualified candidates from the ruling houses.

DAILY POST had reported that youths in Ikirun town, Ifelodun Local Government Area had on Wednesday night protested the State government’s decision to appoint an Akinrun.

The State Government also announced the appointment of Prince Yinusa Olalekan Akadiri as the Akinrun of Ikirun and nine other princes as new Obas in their domain.

“I would like to state categorically that the duty of the government according to the Chiefs Law in Osun State is to appoint.

“The power of selection is entirely different from the power of appointment. It is the Kingmakers in a town that will select and it is only the responsibility of the State government to make sure that things are done in compliance with the extant laws guiding appointments of traditional rulers in the State.

“So, it wasn’t the State government that selected. It was the Kingmakers of the town that selected in November 19, 2021, a king for the town and it was in the ratio of 6:1. There were about 18 contenders.

“One of them secured 6 votes, the next one secured only one and all others secured zero.

“Since then, there have been other stages of the procedure that we have to observe. The Ministry of Justice must be brought in to make sure things are done in compliance with the extant laws.

“All the processes were done all along and it was discovered that there is no legal encumbrance. It is just the responsibility of the government to approve.

“What we did was just an approval and not a selection. It was the Kingmakers that did the selection since 2021,” he said.

The Special Adviser who explained that though it was the turn of the Gboleru Ruling House to produce the next Akinrun, revealed that the Ministry wrote and directed the local government to supervise the selection of the Oba from the ruling house but along the line, they took themselves to court.

In his words, “For reasons known to them, they challenged themselves in court and the end of the day, the judgment of the Osun State High Court, Ikirun asked the State to move to the next level because the family, Gboleru Ruling House that was supposed to produce an Oba was not ready for it. They were involved in a crisis.

“There were divisions in the house. They challenged themselves. The court asked them to settle among themselves, which they could not do.”

He held that the Osun State Government was only obeying the Osun State High Court, sitting in Ikirun which ruled that the throne should move to the next ruling house, Obaara because the Gboleru Ruling was not ready to produce the next Akinrun.