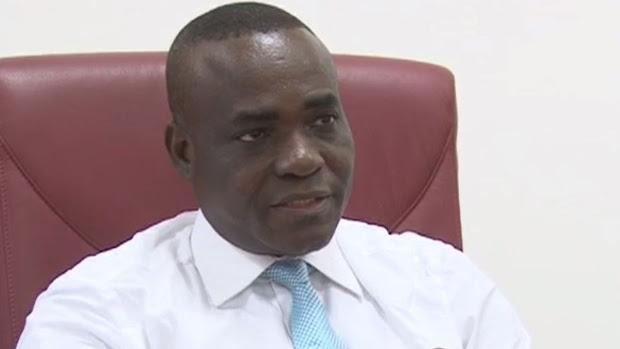 A Federal High Court in Abuja, on Monday, fixed Oct. 24 for hearing of a motion filed by Senator Ita Enang, seeking to be joined in the suit filed by Akanimo Udofia and the All Progressives Congress (APC) against the Independent National Electoral Commission (INEC).

Justice Emeka Nwite fixed the date after Enang, who was former Special Adviser to the President on Niger Delta, informed that the plaintiffs had just served him with their counter affidavit and he would need time to respond

The News Agency of Nigeria (NAN) reports that Justice Nwite had fixed Oct. 6 for judgment in the matter.

But the appearance of Enang in court forced the judge to halt the delivery of the judgment.

He is also asking for an order directing the Commission to publish his name as forwarded by the party to it.

The suit marked: FHC/ABJ/CS/1290/2022 which was filed by the APC and Udofia, listed INEC as the sole defendant.

The plaintiffs; APC and Udofia, had in the suit argued that INEC cannot refuse to publish the name of a person sent to it as the candidate of a political party.

The court after listening to parties in the suit had fixed Oct 6 for judgment.

However, when the matter was called for judgment, Enang drew the attention of the court to his presence as a party seeking to be joined in the matter.

He claimed he would be prejudiced if the court delivered its judgment without hearing him out.

According to him, the process and outcome of the May 26 governorship primary of the APC in Akwa Ibom is a thing of litigation before a Federal High Court (FHC) in Uyo, Akwa Ibom.

He pointed out that the parties in the Uyo court, as well as the subject matter, were the same as that before the Abuja court.

When the matter was called, Enang, who appeared for himself, said he served his motion seeking to be joined as a necessary party on the plaintiffs last week Wednesday.

But he was just being served with a counter affidavit of the plaintiffs this morning (Monday morning) and he would need time to respond.

Counsel to the plaintiffs, Valentine Ofia, reminded that the matter was slated for judgment in the last adjourned date and the court magnanimously granted Enang’s oral application to file his motion.

He argued that Enang’s application was only to delay judgment in the matter.

But the judge said it was necessary to hear Enang’s application in the interest of justice and fair hearing.

Enang said after the court granted his application, he ensured he filed his motion and served the plaintiffs within the time.

He said it was only on Friday the certified true copies of Uyo court documents were given to him and the plaintiffs had been served with them.

He argued that he was supposed to be the candidate of the APC in the forthcoming election.

After Ofia acknowledged receipt of the documents, Justice Nwite adjourned the matter until Oct. 24 to hear Enang’s motion.

NAN reports that in the motion dated and filed Oct. 12, Enang claimed to have contested in the APC Akwa Ibom governorship election of May 26, alongside the 2nd plaintiff (Udofia) and others.

He argued that the intention of the plaintiffs is to obtain judgment behind his back, having refused to serve him with the court processes knowing that he is a necessary party for the just determination of this suit.

Enang, therefore, urged the court to grant his application to enable him protect his interest as a candidate of the APC in the governorship election