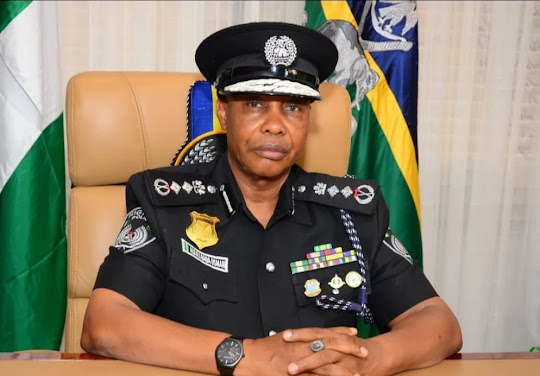 A group, Ebonyi Transparency and Accountability Network (E-TAN) has urged the Inspector General of Police to ensure that all those involved in the alleged abduction of a Labour Party candidate in Ebonyi State, Hon. Linus Okorie are brought to book.

Saga Gist had reported that Okorie was whisked away by men suspected to be operatives of the State security apparatus, Ebubeagu.

He is Governor Dave Umahi’s major challenger in the election.

In a statement on Wednesday signed by Okey Nwosu and Ikechukwu Igbo, the President and the Secretary, respectively, E-TAN condemned the action of the Ebubeagu operatives.

“We note with dismay the alleged abduction and torture of Hon. Linus Okorie, a former House of Representatives member from Ohaozara/Onicha/Ivo Federal Constituency, Ebonyi State by members of the South East Vigilante outfit, Ebubeagu on Sunday night, 16th October, 2022 on his way home in Abakaliki. We strongly condemn that assault on Hon. Okorie in violation of his right and dignity as a citizen of Ebonyi State and Nigeria and therefore call for his immediate release.

“We note that such a heinous act of intimidation, harassment and threat to life under any guise make mockery of our constitutional democracy in which the protection of lives and rights of citizens should be guaranteed by security agencies. It also negates the underlying imperatives behind the establishment of Ebubeagu. Such an incident, allegedly having a political undertone, is capable of heating up the polity, with undesirable consequences, if not urgently addressed.

“We also note with deep worry the alarm raised by the All Progressives Grand Alliance (APGA) on its Deputy Gubernatorial candidate, Dr. Nkata chuku and other candidates and members of the Party, who have been allegedly marked for attacks by political opponents, ahead of the upcoming 2023 general elections. Such threats of violence and intimidation of opposition are redflags to achieving free, fair, peaceful and credible elections. We condemn any form of persecution of perceived political opponents in Ebonyi State.

“In view of the foregoing, as an organization that is committed to ensuring good governance, transparency and accountability, and deepening democracy in Ebonyi State, we call on the Ebonyi State Government and the Inspector General of Police to investigate the matter with a view to:

“Bringing to book the perpetrators of that heinous act against Hon. Linus Okorie;

“Uncovering and neutralizing any plans of violent attacks and intimidation by any political party and their agents whatsoever in the State, such as alleged by APGA;

“Ensuring that rule of law and due process are adhered to in the enforcement of law and order in the State;

“Ensuring a peaceful and secure atmosphere and a fair playing ground for all political parties and opposition in Ebonyi State, especially during this period of campaign, leading to the 2023 general elections.

“It is imperative that the Government of Ebonyi State commits to providing a safe and level playing ground for all political parties and activities in the State.

“We also call on our fellow citizens of Ebonyi State to remain calm and law-abiding with the confidence that the petitioned authorities will address the concerns raised herein,” the group stated.