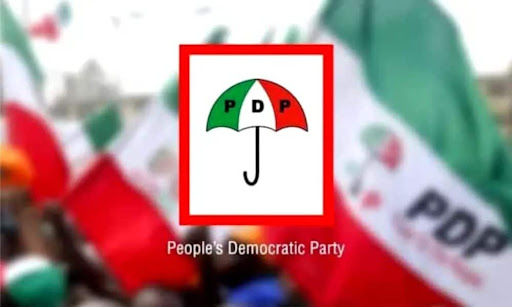 The Peoples Democratic Party (PDP) in Imo State has described the call for the arrest of some of its party leaders, including the Rt. Hon. Emeka Ihedioha, over the allegation of misappropriation of the sum of N19.63 billion as a bogus, diversionary and failed attempt to hoodwink the vigilant people of the State.

The opposition PDP said “it is aware of the piece of propaganda being syndicated by the regime of Senator Hope Uzodinma, in which a faceless group was cobbled together to call for the arrest of some of the leaders of our Party, including the immediate past governor of the State.”

A statement signed by the PDP Publicity Secretary, Collins Opurozor on Sunday said, “it becomes instructive to ask: how our Government was able to pay full salaries of local government workers, purchase earthmoving equipment for road construction, built 27 local government secretariats, built 27 mini stadia in all the local government areas of Imo State and paid pensions, if such amount was misappropriated? It would have taken a miracle to do so.”

Recall that a group, the Imo Coalition For Justice, Peace and True Democracy, recently called for the arrest and prosecution of a former Governor of Imo State, Emeka Ihedioha for allegedly diverting over N19 billion naira state funds during his seven months reign as Governor.

The group in a statement in Owerri and signed by its Secretary, Ahumareze Ikechukwu, stated that the funds diverted by the former governor, was discovered during a routine audit of the accounts and records of JAAC with the Bureau for Local Government and Chieftaincy Affairs by the Local Government Auditor General of the state for the fiscal year ended 31st December, 2019.

PDP in a swift reaction said, “Ordinarily, these would have been ignored, as it is clearly lacking in merit. But it is necessary to remind Imolites and Nigerians that this same publication was the first line of blackmail by the APC regime of Senator Uzodinma immediately it crashed into the Government House, Owerri, through a judicial infamy in January 2020.

“Our Party, again, dismisses these allegations as bogus, diversionary, frivolous and failed attempt to hoodwink the vigilant people of Imo State

“This gimmick is a ploy by the failed regime in Imo, which keeps fruitlessly struggling for credibility, to divert public attention from the untold hardship, heightened insecurity, endless bloodshed and massive treasury looting in Imo under the watch of Senator Uzodinma.”

The statement further reads, “Recall that barely a week ago, our Party alerted Nigerians of the plot by this same regime to procure groups, thugs and cultists to stage violent protests in Imo State and other parts of the country against the Leader of our Party, the Rt. Hon. Emeka Ihedioha, and our other highly respected Leaders. We are vindicated by these desperate acts.

“The absurd part of this moonlight tale is that our Party, which came into power on May 29, 2019, is being quoted in an audit report that covers a period between January 1, 2019 and December 31, 2019. Even from the audit report, the simple fact is that what concerns our Government is just what happened between May and December, and the amount associated with the period, which is less than N3.7 billion.

“This was lucidly explained to the Public Accounts Committee (PAC) of the Imo State House of Assembly by officials of the Bureau of Local Governments and Chieftaincy Affairs when this same false tale was first sponsored in 2020 by the regime of Senator Uzodinma. The propagandists obviously were not properly schooled on what an audit year means.

“Imo PDP challenges Senator Uzodinma to publish the total amount he has received as FAAC allocations to the local government system in the last three years, and also show any project he has done with the allocations in any LGA of Imo State! Imo is now undergoing financial hemorrhage!

“Our Party therefore finds it worrisome that Senator Uzodinma, who by now should be sober and apologetic over the killings and massive treasury looting which have defined and defiled his regime, has instead chosen to foul up the media spaces with fake news. But soon, Imo people shall heave a sigh of relief.”