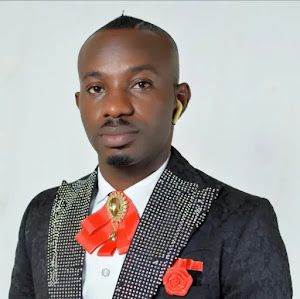 A human right activist, Comrade Israel Joe, on Tuesday declared his support for the General Overseer of Omega Fire Ministry, Apostle Johnson Suleman after an assassination attempt on him.

In a statement signed and made available to newsmen, Joe said the venom some persons spit against Apostle Suleman, they cannot dare with popular Islamic cleric, Sheikh Ahmad Gumi.

He noted that Suleman is among the lone christian voices who confront the government of the day.

“Irrespective of his human weaknesses, I stand with him even as he takes responsibility for the families of all victims who lost their lives in the assass¡nation attempt.”

Joe recalled that several traditional leaders and politicians have escaped assassination and this should rather be taken seriously by the Nigerian government and citizens. “As a Christian, I will always defend my religion and will not stand by the fence.”

According to Joe, “Alhaji Dr. Ado Abdullahi Bayero the former Emir of Kano escaped assass¡nation on the 19th January 2013 and his security guards were killed in the incident. Did we demand justice for the victims who died?

“President Muhammadu Buhari escaped assassination with his bulletproof SUV on the 23rd of July 2014 where about 82 persons lost their lives, nobody called for his head or interrogated him in getting bulletproof cars for all his personnel in his convoy.

“Senator Ifeanyi Ubah recently escaped assass¡nation with his bulletproof SUV on the 11th of September 2022 where seven of his aides including mobile policemen lost their lives but you thanked God he was alive due to the bulletproof vehicle he rode.

“I adore the truth and I speak it conscientiously without compromise. 99% of men cheat and 80% of ladies date married men. You adore your traditional ruler who just took his 6th wife. You respect your Muslim political leader with 4 wives and see them as morally upright but you want to see a saint in a pastor.

“Can I, Israel Joe says I do not cheat on my wife or I do not have a girlfriend? It is same as a lot of you men out there, nobody is a saint speak the truth. When you see a pastor making such mistakes, it becomes a topic and you carry it on your head oh yeah hypocrites.”