Back to sender – Fani-Kayode blasts Atiku, Peter Obi’s supporters over reports on Tinubu 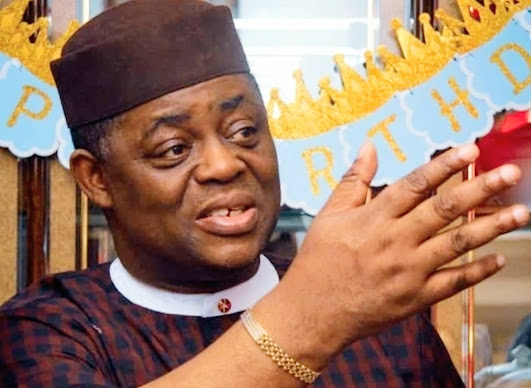 A chieftain of the All Progressives Congress, APC, Femi Fani-Kayode, has berated those claiming that the party’s presidential candidate, Bola Tinubu was ill or dead.

Fani-Kayode said those claiming Tinubu was ill or dead would be put to shame.

In a series of tweets, the former Aviation Minister insisted that Tinubu was alive, well, and fit for the presidential battle.

He wrote: “Those that say BAT is either ill or dead shall be put to shame. Not only is he alive and well but he is also fit and ready to lead us into battle. Those that rejoice in such evil reports shall fall into the pit they dug for Jagaban. To their evil thoughts we say: BACK TO SENDER!

“To all the BATmen and BATwomen out there: fear not the noisesome pestilence, vile words and evil thoughts of the ATIKUvibrators and OBIdients.

“Let them continue to insult us, misrepresent us and vent their spleen because their time is short and that is all they have. Whilst they are insulting, we are preparing.

This is coming amid speculations that the former Lagos Governor is receiving medical attention in the United Kingdom.

Recall that following Tinubu’s absence from several political functions in the country recently, he was rumoured to be sick and hospitalized in London.

However, the 2023 presidential hopeful had in an effort to debunk the speculation, released a video of himself via his official Twitter handle to prove that he is alive and well.