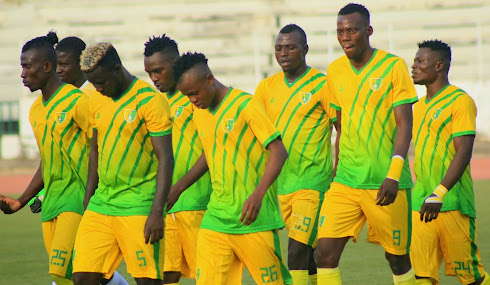 Plateau United have travelled to Tunisia for the second leg of their CAF Champions League first-round tie against Esperance.

The players and their officials left the Nnamdi Azikwe International Airport, Abuja via a Turkish Airline on Thursday morning for the North African country.

The game will hold at the magnificent Stade Olympique Rades on Saturday night.

Plateau United will take a slim advantage in the game having won the first leg 2-1.

The Peace Boys, who finished in the second position in the Nigeria Professional Football League last season have never won a game on the road on the continent.

Fidelis Ilechukwu’s side played a 2-2 away draw against Gabonese side, AS Mandji in the preliminary round.

Nigerian champions, Rivers United will also be in action this weekend in the competition against holders, Wydad Casablanca.