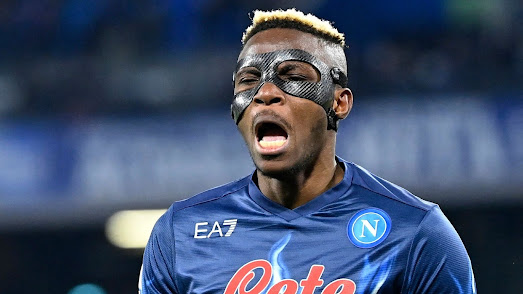 Super Eagles forward, Victor Osimhen has emerged as a favourite among Chelsea scouts.

The Blues are exploring signing a new striker next summer, with Osimhen the preferred choice of the scouts, according to 90min.

The Nigerian was linked with a move to Manchester United this summer but instead remained at Serie A club, Napoli.

Bundesliga giants, Bayern Munich are also known to be fans of the pacy striker.

The forward has already scored four goals in eight appearances across all competitions for Napoli.

The 23-year-old scored 14 goals in 27 league appearances for Luciano Spalletti’s side last season.

Osimhen is under contract at Napoli until 2025.