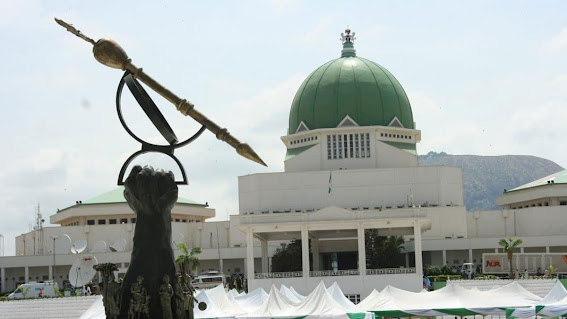 The Constitution review by the ninth National Assembly may have been caught up with the conflict of interest between the lawmakers and the State Houses of Assembly, given that seven months after transmission of the document in line with the provisions of the Constitution of the Federal Republic of Nigeria, 1999 as amended, only 11 out of 36 States of the Federation forwarded their resolutions to the National Assembly.

Chairman of the Constitution Review Committee and Deputy Senate President, Ovie Omo-Agege, penultimate week at a press briefing expressed frustration over the refusal of 25 State Assemblies which he believed were working in cahoots with their governors to react either in favour or against which is within their statutory responsibility.

Omo-Agege opined that the issue of Constitution review posed a credibility crisis to the ninth parliamentarians, having promised Nigerians of a Constitution amendment that would be acceptable to all. His fears were also at the likelihood of effluxion of time and the ninth National Assembly has seven months to exit.

He explained that the document transmitted to the various State Houses of Assembly on 26th March, 2022, for their attention constituted 44 bills that were earlier approved by the joint Committee of the upper and lower legislative Chambers out of the 66 bills recommended. Sadly, after a long wait, he said his Committee became inundated with calls over the fate of the proposed amendment.

More worrisome was the antecedent of failed attempts to amend the Constitution in the past under the Committee Chairmanship of the now embattled Senator Ike Ekweremadu, when he was the Deputy Senate President from 2011 to 2019. To change the narrative and rewrite history, Omo-Agege said his Committee expeditiously transmitted the bills to State Houses of Assembly.

He argued that the proposed amendment as detailed in the 44 bills would enhance democratic governance in Nigeria, wondering why some governors and State Assemblies were at a loss with what the nation stands to benefit. Citing an alteration of some provisions of the Constitution between 2003 and 2007, that bothers on the Electoral Act, the lawmaker averred that it enhanced the conduct of elections in Nigeria.

He said: “Between 2003 and 2007, successive Assemblies have employed an incremental approach to altering the Constitution. Hence, the First, Second, Third and Fourth Constitution (Alteration) Acts were passed and enacted.

According to Omo-Agege, the move to amend the Constitution was notoriously triggered by relentless agitation by the citizens, who believed the amendment would solve some contemporary social and political challenges, stressing that the process was subjected to the citizen participation so as to capture their agitation.

The citizens’ participation, in all intents, according to him, was to give the proposed Constitution ”a people-oriented working document, hence, the Committee received submissions from socio-cultural, socio-political, Civil Society and interest groups from across the entire geopolitical zones of the country. Agitations, as contained in various submissions, formed the fulcrum of the 44 bills that were transmitted to the 36 State Houses of Assembly on 29th March 2022 for approval in line with Section 9(2) stipulations of the Constitution.”

Interestingly, the draft bills succinctly captured the principle of checks and balances which is in consonance with democratic governance, as it would strengthen legislative structures at the State and Local Government Council levels, independent constitutional bodies, address issues of revenue leakages and unbridled government spending, and enhance effective administration of justice in Nigeria.

Of paramount importance too, was the granting of Local Government autonomy in the bill, which would have afforded the Federal Accounts Allocation Committee (FAAC) the power to send monthly accrued revenue to the Local Government Council accounts without their State governors hijacking the fund under the guise of State joint accounts, particularly, in “the Constitution of the Federal Republic of Nigeria, 1999 (Fifth Alteration) Bill, No. 1, 2022 (Local Government Financial Autonomy).”

Other areas the bill sought to address was payment of teachers’ salaries to be the responsibility of the three tiers of government, while the existence of Local Governments would be legitimised in the Constitution with governors being statute barred from tampering with structure, except through a due process.

The (Fifth Alteration) Bill, No. 2, 2022, which made provision for the existence of LG as third tier of government, further stipulated that the Executives could only emerge through elections, thereby abolishing caretakership appointments.

Notwithstanding the other far reaching reforms inherent in the bill, an Abuja-based lawyer, Barrister Enemaku Aba, speaking with DAILY POST on Thursday, submitted that the Constitution review was dead on arrival.

He reasoned that the areas proposed to the amended were directly the conduit pipes of State governors and asking the State Assemblies under their control to pass resolutions in favour of the proposal amounts to suicide.

According to him, he hasn’t seen the draft bills submitted to the State Houses of Assembly, but inferring from media reports, he could envisage that the amendment would not see the light of the day.

“I haven’t actually seen the bills you are referring to, but governors will not allow LG autonomy, State Assemblies autonomy because those are their conduit pipes.

“Afterall, there is no time for the National Assembly anymore. They have started their campaign and the only serious legislative assignment before them now is the 2023 national budget.”

Meanwhile, bills to amend an existing Constitution in Nigeria require the approval of two thirds (24) of the 36 States House of Assembly before the president can assent to it.