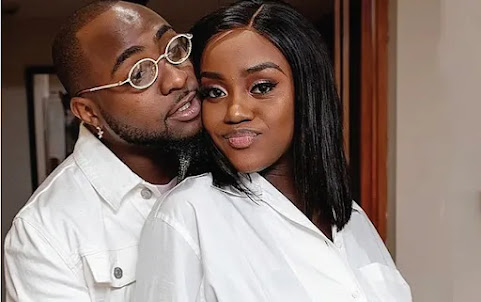 A Nigerian-American singer and record producer, David Adeleke, known as Davido, has ordered a G-Wagon for his third baby mama and fiancee, Chioma Rowland.

This was revealed as the trending video of the SUV and Davido’s Instagram message to a car dealer showing Davido making the order, made the rounds on social media.

The singer in 2018, also bought a Porsche valued at N45 million for Chioma, to mark her 23rd birthday.

However, Nigerians on social media have been reacting to the development, with some alleging that Chioma may have hypnotised Davido

foreveraminatuu; “Chioma what did you add to your stew. We need the recipe.”

jayford.beauty_world; “Another wash to get her pregnant. I wonder what it will be called this time.”

miriam.jacob; “We see wetin pass this one during assurance o, I hope this will end in praise.”

mummyteemotivates040829; “At least Chioma is the only lady he openly dated and acknowledge. The others na one night stands and underground work.”