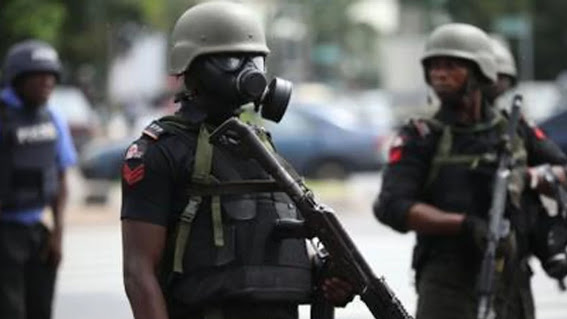 The Police in Delta State have recovered one locally made Barretta Pistol and a Samsung phone from a Toyota Sienna SUV with Reg. No. ASB 781 YF, abandoned by suspected armed robbers at Oduke-Okwe axis of Asaba.

The items were recovered beneath the driver’s seat of the vehicle.

The suspected armed robbers abandoned their vehicle and took to the crowd at the market when they sighted the Police.

It was learnt that the armed robbery suspects had operated around the Awka-Enugu highway axis but hibernated in Asaba.