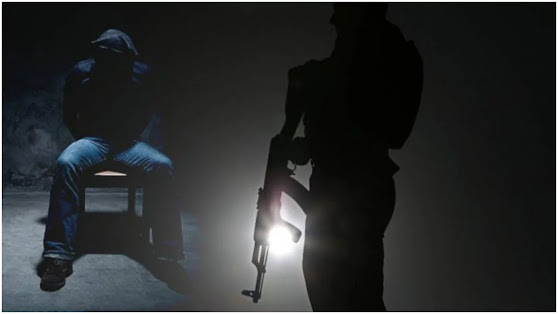 Terrorists in large numbers on Friday invaded the houses of a District Head, identified as Hashimu alongside his younger brother, Danbalange of Birnin Tsaba in the Zurmi Local Government Area of Zamfara State and kidnapped them.

Danbalange, who is a member of the All Progressives Congress in the area, alongside the District Head were on Friday around 4:30am, according to a source abducted from their respective homes by the terrorists.

According to the source, a group of terrorists who rode on motorcycles abducted the victims from their homes in the Birnin Tsaba community.

The source added, “The attack on the two victims was launched by a notorious terrorist leader. He called us on phone and confirmed the abduction of the victims by his gang.”

He noted that the confiscation of two brand new motorcycles belonging to the terrorists’ leader by the security agents of recent may have resulted in the abduction of the two victims.

He explained that the terrorists’ kingpin has also threatened that since the government was aware of his confiscated motorcycles by the security agents, the two victims in his hand will face his wrath.

The source said they are making every effort to see to the immediate release of the abductees, saying that they have started talking with the kingpin for negotiation on how the victims will regain their freedom.

Mohammed Shehu, the state police spokesman could not be reached on the phone for comments following the abduction of the victims.