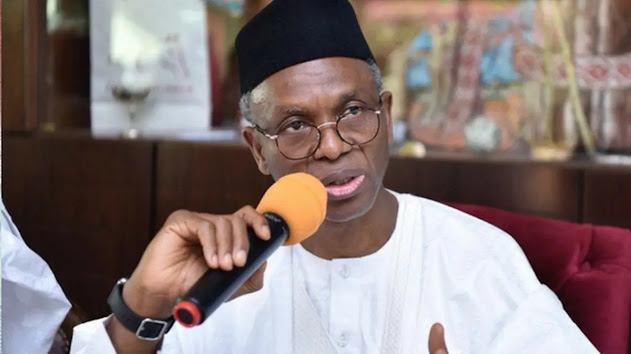 Saga Gist recalls that El-Rufai had on Monday while addressing the Arewa Joint Committee organised for presidential candidates, said he would have arrested Peter Obi in Kaduna State as allegedly done to him in Anambra State.

He said, “I want to say that I went to Anambra state for my party to monitor election, Peter Obi who was a Governor put me under house arrest for 48 hours.

“Today, I am the Governor of Kaduna state and he’s coming to Kaduna to campaign and apart from other security agencies, I have the First Mechanized Division of the Army in Kaduna but I will not arrest him because we Northerners are civilized people.”

Saga Gist reports that the governor had gone to Anambra State in 2013 to lend support for Chris Ngige, the current Minister of Labour, who ran against Peter Obi on the platform of the All Progressives Congress, APC, during governorship election.

A tweep, Adetutu Balogun, however, tweeted an old video which captured El-Rufai blaming authorities from Abuja for being responsible for his alleged house arrest.

In the video, El-Rufai was heard saying “I left my hotel room to go and get my breakfast and I was blocked by three SSS officers with AK-47, threatening me that they have directive from Abuja to restrict me to my room”.

Reacting to Balogun’s tweet, El-Rufai took to his verified handle to claim that he has video evidence of Obi claiming responsibility for the alleged unlawful detention.

He wrote, “Yes but your little god Peter Obi later revealed on national TV – we have the video clip – that he got the unlawful detention effected, and said I had no right to be in Anambra State since it was not Katsina State.

“The clown didn’t even know that I am from Kaduna State.”