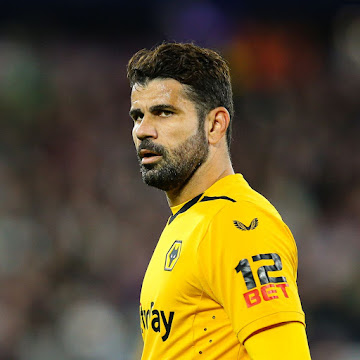 Diego Costa has slammed former Chelsea manager Antonio Conte for forcing him out of Stamford Bridge in 2017.

The Brazilan made his ‘special’ return to Stamford Bridge with new club Wolves on Saturday and was on the losing end.

In the summer of 2017, then-Chelsea boss Conte told Costa he was no longer part of his plans.

Speaking to reporters after his overwhelming reception at Stamford Bridge on Saturday, Costa made it clear that his issues are with the current Tottenham manager rather than Chelsea fans.

“It was special,” Costa told ESPN Brazil. “Feeling that you did your job when you were here and then leaving with good memories.

“It wasn’t the fans. It was with that coach… Conte. I had a very good relationship with the Chelsea fans. I was a champion! It was in the year that we won the second title. Conte didn’t count on me as much and I couldn’t stay.

“The affection I received today shows that I was never fighting with the fans. But I had to leave. It wasn’t my issue.

“It was because of the coach at that moment. Today is proof that the crowd has always been by my side and had affection for me.”