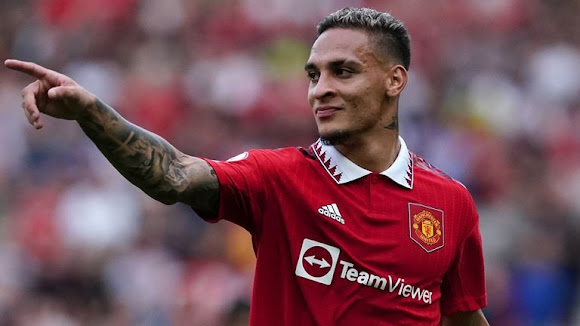 Parlour said that a five-year-old could do what Antony did, describing the player’s showboating as ‘laughable’.

He said there was no point for the Brazilian to spin the ball twice and kick it out of play.

Recall that Man United defeated Sheriff at Old Trafford, with Diogo Dalot, Marcus Rashford and Cristiano Ronaldo all getting on the scoresheet.

Antony, meanwhile, was replaced at halftime after attempting to excite the home fans with his trademark pirouette before overhitting a pass which went out of play.

When asked for his opinion on Antony’s ill-judged display of skill, Parlour told talkSPORT, “He doesn’t need to do that, does he?

“If you are under pressure and you do something like that to get you out of a situation, fantastic.

“You want to see great skill at a football match, you want to see someone [do something that makes you say], ‘unbelievable, how did he do that?’.

“But there are certain types of games where you want to see that.

“When there’s no one around you, what’s the point in going around twice and then kicking it out of play? That’s laughable. A five-year-old could do that.