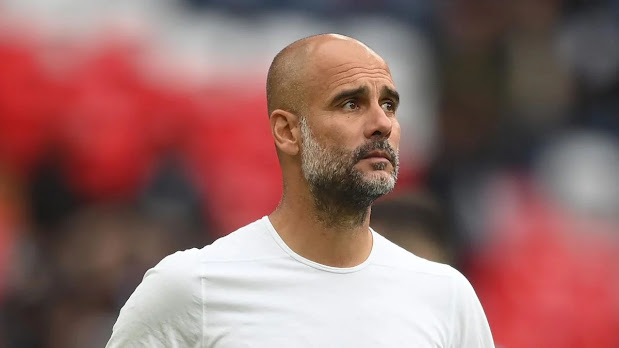 Manchester City boss, Pep Guardiola has said his team are focused on retaining their Premier League title this season.

City won the English top flight for the fourth time under Pep Guardiola last beating a tough challenge from Liverpool.

While there is the general feeling that Pep Guardiola and his team are focusing on winning the Champions League for the first, the Spaniard said the focus is actually on winning Premier League again.

The Citizens are two points off Arsenal in the top spot and Guardiola said he is pleased with his side’s start to the campaign.

“I saw this season when we were in the States [during pre-season], I said I like what I see,” he told reporters on Friday.

‘That’s why I say you[City players] are a genius guys, you are still there. You could be thinking okay back-to-back, just focus on the Champions League.

“Now I’ve won already four Premier Leagues but have to play more. It’s completely the opposite. That’s why we are there.”