EPL: He didn’t move his body – Liverpool legend blames one player after defeat to Leeds 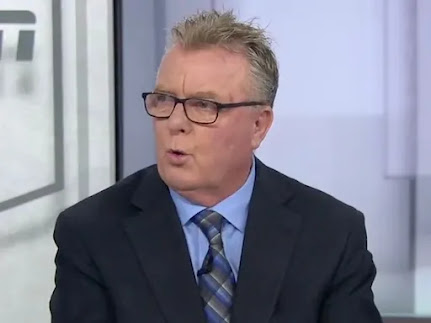 Former Liverpool legend, Steve Nicol has blamed defender, Virgil van Dijk for his poor defending in the lead-up to Leeds United’s winning goal against the Reds on Saturday.

Liverpool went into their match against Leeds United on the back of a 1-0 defeat to Nottingham Forest in their last Premier League match.

Leeds United added to their woes by beating them 2-1 at Anfield.

A mix-up between defender Joe Gomez and goalkeeper Alisson allowed Rodrigo to put Leeds in front just 4 minutes into the match.

Mohamed Salah equalized for Jurgen Klopp’s side ten minutes later only for Crysencio Summerville to get a late winner for Leeds.

However, Nicol is of the view that Van Dijk was at fault for Summerville’s goal.

“Van Dijk, with that last goal, he doesn’t move his feet at all. Summerville gets it and he moves two different ways, the ball moves and he toe-pokes it into the goal,” Nicol said on ESPN FC’s YouTube channel.

“During that whole little spell, which, I understand, you are talking about a second, but it is a long time. Van Dijk doesn’t move his feet or his body, he stands and watches.”

He continued, “Not only Van Dijk, but a couple of years ago, that whole back four would have had Leeds camped in their own half. Two years ago, Liverpool defended as a unit.”

“Today, Liverpool don’t defend, whether it is at the top, the middle or the back. So, now, it is a cavalry charge.”