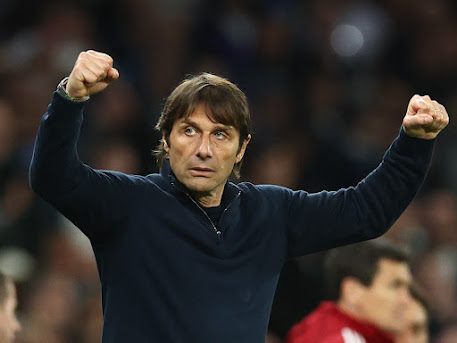 Asamoah described Conte as a world-class coach who wants the best from his players.

Conte, who joined Premier League side, Tottenham last year after leading Inter Milan to win the Serie A title, has been linked with Max Allegri’s job at Juventus in the past.

Asked if he would be surprised if Conte made a return, Asamoah told La Gazzetta dello Sport: “No, because I have understood that anything can happen in football.

“Conte is a world-class coach and already did a great job in the past, which continued with Allegri, another excellent coach.”

Asamoah played for Conte during their time at Juventus in the past.

“He wanted us to be hundred percent focused because he wanted to reach the record for points in Serie A, 102. We made it in the end, and we were all so satisfied. He always wants the best from everyone and he does the same.”