EPL: No way back for you in Man United squad, spoilt brat – Darren Bent slams Ronaldo 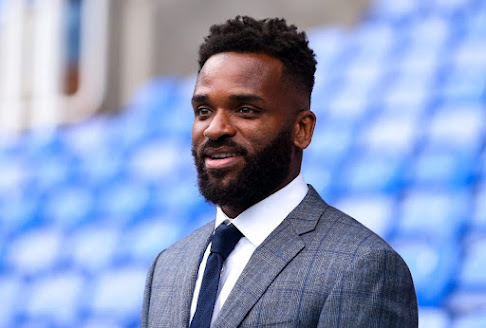 Former Charlton, Tottenham and Sunderland striker, Darren Bent has suggested that the end of Cristiano Ronaldo has come at Manchester United.

The former England man said he sees no way the former Real Madrid star can come back from this.

Ronaldo has been widely criticised for disrespecting his manager, Erik ten Hag, teammates and fans by leaving early and also refusing to go on.

Erik ten Hag’s team defeated Tottenham 2-0 on Wednesday and their success was somewhat overshadowed by Ronaldo’s early departure from the stadium.

The Portuguese has since been punished. He won’t be taking any part in the game against Chelsea on Saturday and has been banned from training with the first team.

Bent told talkSPORT Drive: “What he did…, I thought, was really disrespectful to his teammates. I thought he let himself down.

“The club is trying to go in the right direction and I think Erik ten Hag is doing a good job.

“It was their performance of the season and it has been overshadowed by Ronaldo being upset because he didn’t come on.

“It was like a spoilt brat. There’s no way back for him.

“We know how good he’s been, he’s a great one of the best to ever do it, but we are talking about the here and now.

“He’s been petulant and disrespected his teammates who have worked hard. They’ve put in the performance of the season and he’s just left”

Cristiano Ronaldo sought to leave Old Trafford last summer but was said to have been prevented by the Dutch manager.

Ten Hag had on more than occasion said that Ronaldo was in his plan for the club for the season and was going nowhere. And at the beginning of the season he used fitness as an excuse for not starting him, saying the Portugal captain did not take part in the club preseason tour of Asia and Australia.

Ronaldo, who scored 24 goals in all competitions last season, has netted just two this term majorly due to lack of game time.