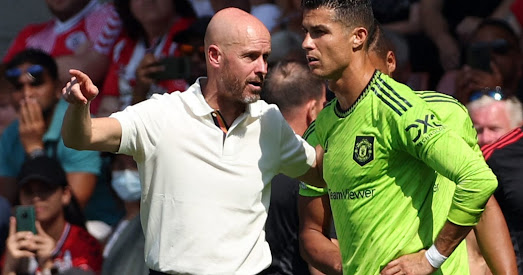 The former Real Madrid and Juventus forward scored his third goal of the season for the Red Devils’ in their 3-0 win against Sheriff on Thursday.

Diogo Dalot, Marcus Rashford and Ronaldo were the scorers in the game that put the Red Devils in good position to finish top of the group.

Ten Hag, who banished Ronaldo from the main team prior to their 1-1 draw against Chelsea over the weekend, said the Portuguese superstar could match his goal tally from last season.

“I think when you collect all the chances he creates, the team creates for him in the last weeks,” Ten Hag told reporters.