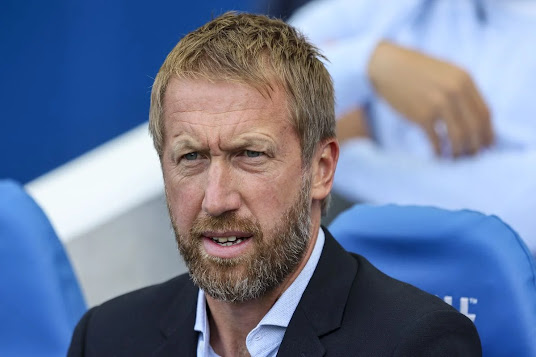 Chelsea boss, Graham Potter has told the club’s supporters that the Blues must go through ‘a process of pain’ before becoming title contenders.

The Englishman stated this after watching the Blues fall 4-1 to Brighton on Saturday.

Chelsea put up an abysmal performance, conceding three goals in the first half against Brighton on Saturday.

And the former Brighton boss hit back at his critics and insisted that the defeat would only make his side better.

“It’s not about the players necessarily. It’s about all of us; it’s collective, including myself. How we can do better.

“We got off to a really bad start [against Brighton]. But you have to have that sometimes if you want to make progress. If you think that the line is going to go straight up, it’s impossible.

“Unless there is another way. Whenever you are trying to learn or master something, get better, you need to sometimes have a step back, have a bad spell or suffer to grow and get better.”