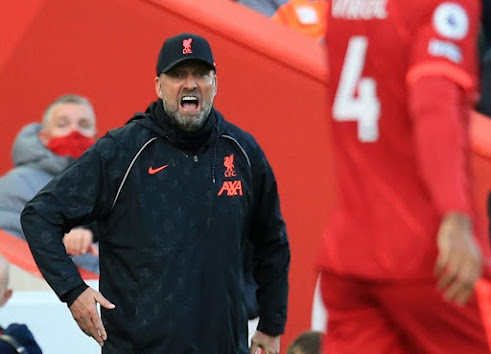 He specifically said the Spaniard pressured referee, Michael Oliver to issue unwarranted cards to Liverpool’s players during their 3-2 defeat to Arsenal.

Gabriel Martinelli (1) and Bukayo Saka were the scorers for Arsenal, while Darwin Nunez and Roberto Firmino pulled two for the visitors.

Klopp revealed he was unhappy with Arteta pressuring the referee into giving Joe Gomez a yellow card in the second half for time wasting.

“But Joe Gomez’s yellow card, a defender, a yellow card for this throw-in situation.

“In the first half, I don’t know how often and how long Arsenal were looking for an option in a throw-in yet nothing happened, and I’m fine with that.

“But Joey is there and Mikel is having a go at the ref and then he [Oliver] says, ‘okay, yellow card’ from a distance and you think, ‘yellow card, for that?’

“So again, nothing to do with the result, just these situations, they don’t help but you’re right, they’re useless conversations [with the referee]..”