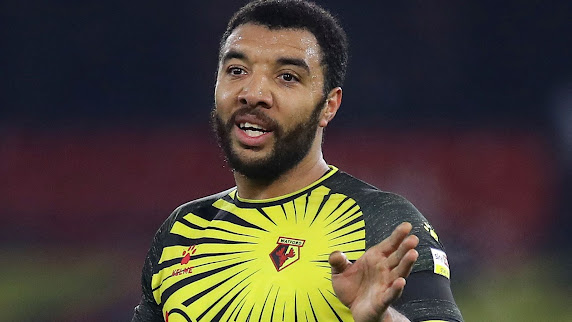 Watford hero, Troy Deeney, has accused forward Cristiano Ronaldo of ‘abandoning’ his Manchester United team-mates after refusing to come on for the Red Devils in their win against Tottenham Hotspur a few days ago.

Ronaldo found himself facing huge criticism after he opted to storm out of Old Trafford just before the final whistle was blown as Man United defeated Tottenham 2-0 on Wednesday night.

The former Real Madrid star stole the spotlight as he trudged off the pitch just before full-time – with Man United manager Erik ten Hag later disclosing he had refused to be introduced as a substitute.

Speaking on the development, Deeney believes Ronaldo’s teammates and the staff at Man United will have now lost respect for him following his action.

Speaking to The Sun, Deeney said: “I don’t see a way back from that.

“From a player’s perspective, I don’t know what you expect anyone to say or even remotely respect you for. It’s mental.

“Ronaldo will have lost the respect of the entire squad and staff. You have abandoned your own team. You have essentially quit on them.

“It’s the worst thing you can do, especially as a senior player.

“He is basically saying: “I am better than all of you”. He feels he should have been starting against Spurs, so he didn’t have to come on later in the game.

“Whether he actually thinks that, we don’t know, but you can’t refuse to come on after your manager has asked you to. It will be a really difficult one for the squad to deal with.

“Ultimately, that is him done now at Manchester United under Ten Hag, and they will have to look to move him on in January.

“They probably should have done it in August. Now, it’s a case of just getting him out the building, especially if he is training away from the first-team squad.”