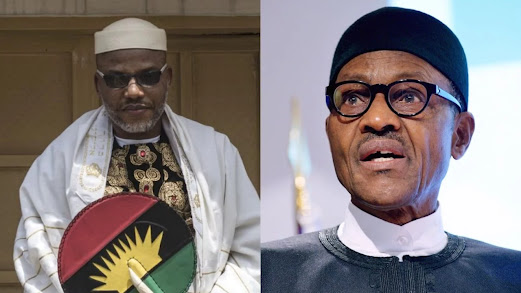 A Federal High Court in Umuahia, Abia State, has ruled that the extraordinary rendition of Nnamdi Kanu, leader of the Indigenous People of Biafra, IPOB, was against his fundamental rights.

The court gave the judgment while ordering that Kanu be restored to the state he was in before he was arrested and subjected to extraordinary rendition in June 2021.

Recall that Kanu was arrested in Kenya and repatriated to Nigeria last year.

The Nigerian Government was accused of subjecting the IPOB leader to extraordinary rendition last year.

Upon his return to Nigeria, Kanu was locked up by the Department of State Services, DSS, while subjecting him to legal tussles.

To this end, Kanu’s Special Counsel, Aloy Ejimakor, instituted a legal action against the Nigerian Government.

On Wednesday, the court granted all the seven prayers sought by Ejimakor.

In a tweet, Ejimakor wrote: “Mazi Nnamdi Kanu WINS at Federal High Court, Umuahia. Court ruled that the Extraordinary Rendition is a violation of his fundamental rights. All 7 prayers sought from the court granted, including restoring him to his state of being as of 19th June, 2021 & halting his prosecution.”