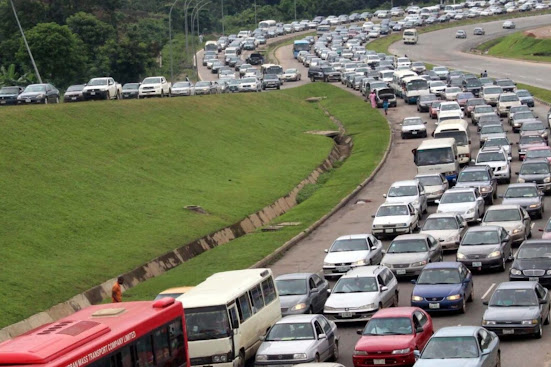 The Federal Government has deployed armed soldiers and mobile police officers to aid the breaking of logjam on the Abuja-Keffi road.

The gridlock, which surfaced as early as 5am today, Thursday, has been persisting with no hope in sight.

However, on arrival, the soldiers who are giving support to officials of the Federal Road Safety Corps have successfully stopped driving against the traffic.

Both private and Government vehicles driving on one way are now being turned back as part of the way out of the logjam.

At the moment, vehicles from Abuja going to other parts of Benue have also joined the standstill having been blocked by those driving against the traffic.

Also, heavy vehicles, including trailers have been cleared out of the road.

Our correspondent observed that the soldiers and mobile policemen are using minimum force to instill discipline in recalcitrant passenger vehicle drivers.