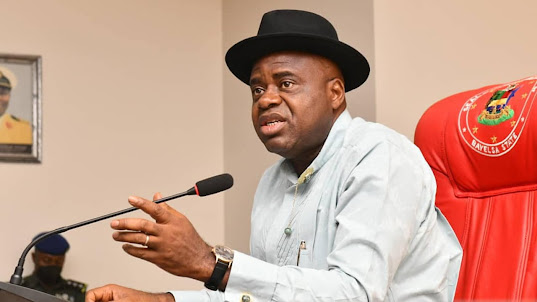 Bayelsa State Governor Douye Diri has accused the Federal Government of paying lip service to the flooding situation ravaging the state, especially in response to providing relief materials to cushion the effects.

Diri said considering Bayelsa’s contribution to the nation’s economy, the response of the Federal Government to the flood situation in the state was not commensurate.

His grievances against the Federal Government was contained in a statement on Monday issued by his Chief Press Secretary, Mr Daniel Alabrah, while the Governor was speaking at the Chief DSP Memorial Banquet Hall in Yenagoa declaring open a three-day solemn assembly of fasting and prayers ahead of the state’s annual Thanksgiving Day on November 2.

He bemoaned the level of destruction caused by the natural disaster across communities in the state, noting that it would cost the government hundreds of billions of naira to rehabilitate damaged road infrastructure in the state.

He also stated that people of the state had been rendered homeless and traumatized with their livelihoods gone.

Diri said, “We are calling on the federal government to come to our aid. What it will cost us to repair broken down roads amount to hundreds of billions of naira.

“This is a solemn period. As a government and people, we are suffocating. This is the state where the golden egg is being laid. The federal government quickly intervenes in disasters that are not up to half of what we are experiencing now.”

He maintained that the state was yet to receive relief materials from the National Emergency Management Agency (NEMA) and cautioned against playing politics with the lives of people that are in great distress.

He cautioned against playing politics with the lives of people that are already traumatized and dying.

“Houses are giving way. Our infrastructure is gone. As I speak, what the State Emergency Management Agency has received from NEMA are mosquito nets and some guinea brocade materials. Food items that are being distributed in the state were procured by the Bayelsa government,” he stated.