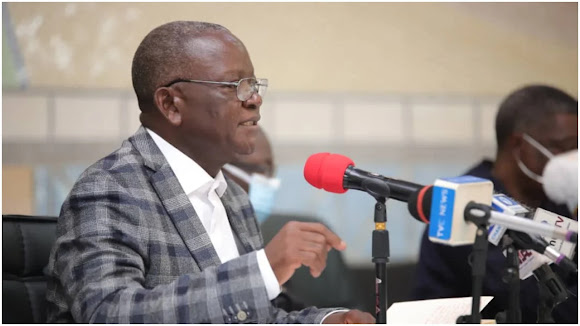 Benue State Governor Samuel Ortom has dismissed the embattled House of Representatives Member from Gwer/Gwer West Federal Constituency from the state, Mark Gbillah, as a small fry who has no capacity to threaten the electoral victory of the Peoples Democratic Party, PDP, or the Governor in the forthcoming elections in the state.

Gbillah had at a press conference in Abuja last week, erroneously accused Governor Ortom of standing in his way ahead of the 2023 elections.

He had claimed that Governor Ortom and his aides were the architect of his travails and working together with INEC against his electoral victory in 2023 through a publication of an online medium allegedly owned by an aide of the governor.

It is on record how Hon. Gbillah had embarked on a nomadic political voyage from the All Progressives Congress, APC to PDP, New Nigeria Peoples Party, NNPP, and now claims to be a member of the Labour Party, LP, just so as to remain in the political process of the country.

The Independent National Electoral Commission (INEC) had published the name of Hon. Gbillah on the platform of the NNPP and Labour Party for the 2023 national Assembly polls.

“Gbillah has displayed political immaturity by his actions so he should leak his wounds he inflicted on himself for his greed and inconsistencies and leave Governor Ortom out of his current predicament.

“This is someone who has been in the House of Representatives for eight years even against the wish of the stakeholders in his constituency. In his bid to go for a third term, political leaders from his local government rejected his third term ambition. It was not Governor Ortom who rejected him so he should stop looking for who to blame.

“Out of greed, Gbillah began nomadic quest for electoral placement going from PDP to NNPP and now he claims to be the candidate of LP. What is this desperation that he is running here and there and looking for who to blame?

“It is not Governor Ortom who caused INEC to publish his name as candidate for the 2023 national assembly election on two different political parties. Gbillah is a lawmaker who should know that it is fraud and indeed contravenes the electoral Act. He cannot fool anybody. Let him bear the consequences of his inordinate ambition.

“The public should not be swayed by the desperation of the drowning lawmaker whose immediate constituency rejected him. Let it also be known to all that PDP in Benue is solid and will be victorious in the forthcoming elections. Not a thousand Gbillahs can threaten the PDP.”