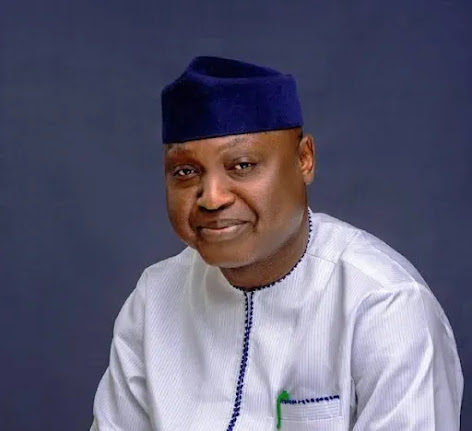 The Ekiti State Governor, Mr Biodun Oyebanji, has assured the people of Ekiti State of his administration’s commitment to all-round development with a particular focus on the implementation of the Medium Term Expenditure Framework

Mr Oyebanji made the position known during his Town Hall Engagement meetings with representatives of communities at designated centres in the three Senatorial districts of the State.

His first port of call was Ikole Ekiti where community representatives, including traditional rulers, Council Chairmen and traders in Ekiti North Senatorial district converged to deliberate on how the government can impact their communities.

Highlights of the requests by the communities include the resuscitation of the Itapaji dam to boost water supply, road rehabilitation and construction, provision of adequate security, as well as school and hospital renovation.

In the same manner, stakeholders from the South Senatorial District gathered in Ode Ekiti where the people interacted with the Governor and presented the needs of their communities for consideration.

Responding, Governor Biodun Oyebanji said the town hall meeting was part of the initiatives inherited from his predecessor in a bid to inject their input into next year’s budget.

Giving assurances that the demands of the people would be addressed yearly in tandem with the medium-term expenditure framework, the governor affirmed that the development plan of former Governor Kayode Fayemi would be part of his guide.

The Ekiti State Head of Service, Mr Bamidele Agbede, had earlier explained that the citizens’ engagement was a Bottom-up approach towards an all-inclusive and grassroots participation in the fiscal policies and programmes of government.