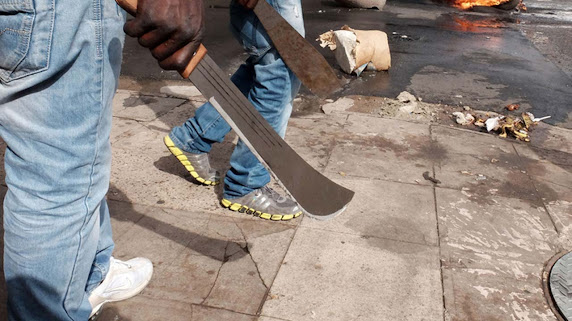 Hoodlums in their numbers have attacked and set ablaze the Council headquarters of Ezza North local government area of Ebonyi State, ahead of the forthcoming election.

Recall that Nora Alo, the former chairman of Ezza North LGA and handed over to the new chairman Mr. Ogodo Ali Nomeh.

It was gathered that the hoodlums broke into some of the offices, where important documents were kept and carted them away and set some of them ablaze.

Confirming the attack, the new chairman of the council, Mr. Ogodo Ali Nomeh said the hoodlums engaged the security operatives manning the council in a gun battle, and that some of the hoodlums sustained gunshot injuries.

He said the hoodlums are yet to be arrested at the time of filing this report.

According to him: “we have not arrested anybody now. You know the thing happened in the night and before we came out this morning, they already escaped.

“There were so many gunshots. And I think that so many of them were injured. So, we are moving from one hospital to another to check for people that sustained gunshot injuries.

“We are not suspecting anybody for now, until we apprehend the suspects. You know the thing happened around 2;00am in the morning.

“We are talking with security operatives that had an encounter with the hoodlums” he stressed.