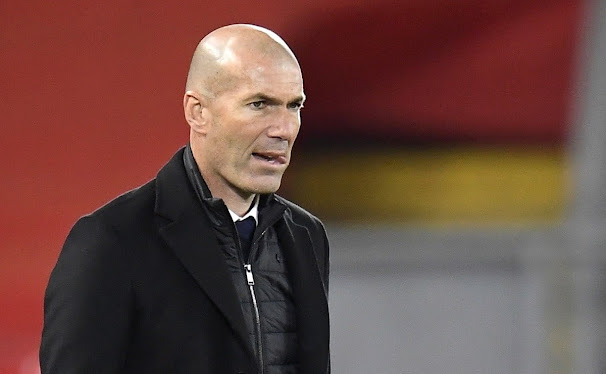 Zidane, who left Real Madrid in his managerial career, said he is never too far away from a job.

The Frenchman first took charge of Real Madrid in January 2016 when he replaced Rafael Benitez at the helm.

Zidane left Real Madrid in May of 2018 after winning a La Liga title and three UEFA Champions League trophies, amongst other silverware.

He was reinstated as the Los Blancos’ manager in March of 2019 and signed a contract until the summer of 2022.

However, Zidane left the Spanish LaLiga champions prematurely at the end of the 2020-2021 campaign and made way for Carlo Ancelotti.

Speaking to RMC Sport, Zidane suggested that he would be back to management in the near future.

“Do I miss being a coach? No, I’m never too far away from a job. But we will wait a little bit.

Zidane has been a free agent since departing his role as Real Madrid’s manager last year.

The 50-year-old was linked with the job at Paris Saint-Germain this summer, but the French Ligue 1 champions ended up appointing Christophe Galtier.

Zidane could be a candidate to replace Didier Deschamps as the head coach of the French national team if they flop at the 2022 FIFA World Cup in Qatar.