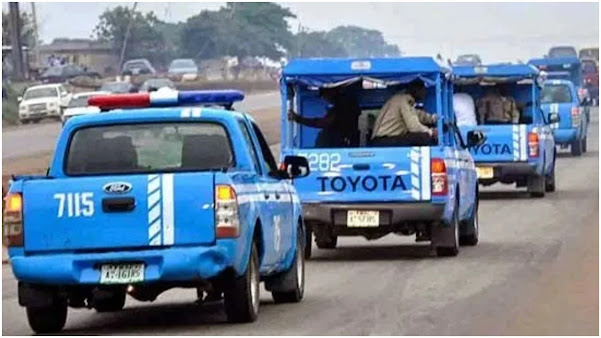 Worried by the high rate of road crashes along major highways in Ogun State, the Federal Road Safety Corps (FRSC) and the State government have taken steps to save lives.

This is as the Ogun FRSC Sector Commander, Ahmed Umar, met with stakeholders in the state to find a lasting solution to the incessant traffic jam and route violation between Ibafo and Kara-OPIC.

The FRSC said the road rehabilitation work along the Ibafo-OPIC axis of the Lagos-Ibadan expressway is responsible for the crashes.

According to the FRSC, the meeting held at the palace of the Olu of Igbein, was attended by the Commissioner for Special Duties, Hon Olufemi Ilori-Oduntan; the project Supervisor, Federal Ministry of works and Housing, Engr Adebote; representative of the Zonal Commanding Officer, RS2 HQ Lagos, Tony Dauda; Corridor Commander, Lagos-Ibadan-Egbeda corridors DCC Hamzat; representative of the Commissioner of Police in Ogun; Safety Manager of Julius Berger PLC; Parks managers and others.

The FRSC spokesperson in Ogun, Florence Okpe, said the stakeholders identified absence of alternative routes, lane indiscipline among motorists and route violation as the causes of the accidents on the highway.

“It was finally agreed for a Task force to be instituted by the Ogun State Government to carry out enforcement against route violation, indiscriminate parking, illegal motor parks and other critical traffic infraction along the Lagos-Ibadan expressway,” Okpe said.

She added that the FRSC would continue to engage the motorist on robust public enlightenment on the use of the road.

Okpe assured that the FRSC would continue to provide traffic advisory and deploy its personnel on strategic areas for traffic control.

Saga Gist had reported how drivers on Ogun highways send themselves to early graves due to speeding.