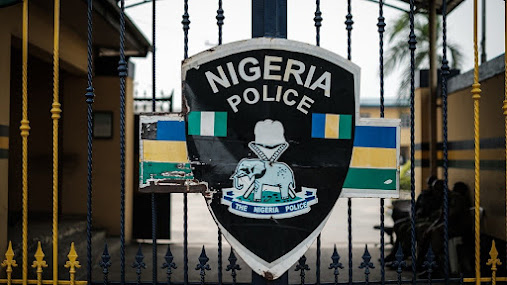 The Kwara State Police Commissioner, Paul Odama, has ordered additional three patrol vehicles to the existing ones deployed to Alagbado, Gaa Saka and Gaa Osibi areas of Ilorin metropolis, Kwara state capital following the onslaught by kidnappers in the areas.

He also ordered a 24-hour patrols of the axis to checkmate activities of kidnappers who have reportedly laid siege in the areas in recent times.

Paul Odama disclosed this at a meeting held at the police officers mess, in Ilorin, with stakeholders on strategies to mitigate the spate of kidnappings in the state, the police commissioner.

He advised the people of the vulnerable areas to cooperate with one another and the police to quickly put an end to all security issues in the areas.

Recall that four kidnap incidents were recorded in the areas recently, leading to the abduction of some persons, including two children of the same parent, with the kidnappers demanding N8m ransom for their release.

The meeting, which had in attendance, Ardos and Serkis, was summoned as part of the efforts by the police to tackle incidences of kidnapping and other criminality in Kwara State.

The meeting, discussed among others, ways by which the incidences of Kidnapping and abductions at the fringes and fastly developing areas of the state and around Ilorin metropolitan area could be tackled headlong.

Saga Gist reports that the meeting, was convened to seek the Ardos and Serikis input into the Command’s security strategies aimed at putting a final stop to the criminal activities in the forests within Kwara state.

The Commissioner of Police in his maiden address to the people of Kwara state, stated his readiness to partner with all relevant stakeholders, including state and non-state actors, deploying both kinetic and non-kinetic approaches to ensure that the lives and property of citizens and residents of Kwara state were protected.

Odama, while addressing the stakeholders, assured them of his readiness to protect them and ensure that their collaborative effort in the onerous task of ridding the state especially our forests of kidnappers and criminal elements would be well appreciated.

He emphasized that the activities of the kidnappers would be permanently checked the moment the fight was taken to the criminals in their hideouts by the police in collaboration with the vigilante.

The CP also disclosed that specially trained and equipped Anti-Kidnapping teams are already in place to work with the vigilante in confronting the monsters named kidnappers and abductors.

Odama further stated that similar interaction between the command and the larger vigilante and hunters in Kwara State would soon be convened, where the Fulani vigilante and the already established vigilante in the state would be jointly addressed on the need to harmonize efforts and work together to achieve the desired common purpose.

While responding, the chairman Baruteen Ardo Alhaji Hassan, who led the Fulani from Baruteen axis assured the CP of the readiness of the Fulani vigilante to work with the police but requested that enough protection be availed his people and diligent prosecution of any arrested suspect assured, as he abhors a situation where a suspect arrested and handed over to the police and within two or three days after, the same arrested suspect is back in the village walking confidently and posing a threat to the people should be avoided.

Alhaji Ahmed, the chairman of Gan Allah, another Fulani association, pledged the support of his group to the arrangement, stating that the success of the efforts would permanently erase the stigma placed on Fulani people as the ones committing crimes in the forest.

The SA to the governor on community policing appreciated the CP for convening the meeting and advised the force to police the state with higher commitment.

The CP thanked the guests and promised that all their fears and concerns regarding safety and encouragement would be discreetly looked into.