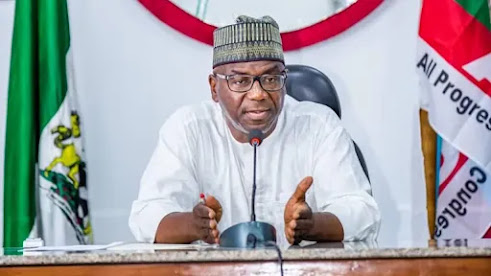 The Kwara State Governor, Abdulrahman Abdulrasaq, has asked a Federal High Court in Abuja to dismiss a certificate forgery suit instituted against him by the Peoples Democratic Party (PDP) for want of merit and jurisdiction.

The governor told the court that the suit was baseless and unwarranted as it constituted a gross abuse of court process.

In a preliminary objection to the suit filed on his behalf by a Senior Advocate of Nigeria (SAN), Prince Lateef Olasunkanmi Fagbemi, Governor Abdulrasaq asked Justice Inyang Edem Ekwo to throw away the suit.

He claimed that the purported certificate forgery and perjury had been raised in another suit in 2019 by PDP’S former governorship candidate, Rasaki Atunwa, adjudicated upon and dismissed by Justice Bassey Effiong Ikpeme for being worthless and unmeritorious.

Among others, Abdulrasaq argued that PDP lacked requisite locus standi to challenge the primary election that produced him as the governorship candidate of the All Progressives Congress (APC) because its not a member of the party.

Specifically, he labeled PDP as a busy body and meddlesome interloper because it has no right whatsoever to dabble into the internal affairs of the APC.

The governor insisted that PDP’S suit disclosed no reasonable cause of action because the alleged certificate forgery the fresh suit is predicated upon had been looked into and dismissed as far back as 2019.

Besides, he said that the court action has no life to sustain it or legs to stand upon having been instituted outside the period required by law.

PDP had in the suit claimed that the governor used forged West African School Certificate to secure nomination for the 2023 governorship election in the state.

The Court was asked to disqualify the governor and APC from participating in the next year gubernatorial election.

The Court was asked to invoke sections 171 and 285 of the 1999 Constitution as well as section 29 of the Electoral Act to quash the planned participation of the governor in the forthcoming election.

PDP also prayed the court to compel the Independent National Electoral Commission (INEC) to delist the governor and APC from the list of cleared candidates and parties for the poll.

Specifically, PDP asserted that the WAEC School Certificate submitted by the governor through APC to INEC to aid his educational qualifications as provided in section 177 of the 1999 Constitution was forged and did not belong to him.