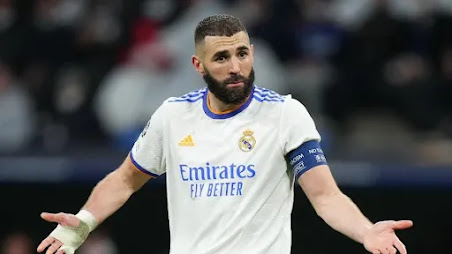 Real Madrid striker, Karim Benzema saw his late penalty saved as they dropped points for the first time this season.

Los Blancos were held to a 1-1 draw at home by Osasuna on Sunday night.

Vinicius Junior gave the LaLiga champions the lead just before halftime with a long-range shot.

But the visitors levelled in the second half through Kike Garcia, who scored with a brilliant header that looped over the goalkeeper.

Benzema fired his penalty off the bar and over in the 79th minute, after being fouled inside the area by defender Unai Garcia, who was shown a straight red card after a VAR check.

Real Madrid are now level with rivals Barcelona on 19 points at the top of the table, but Barca are ahead on goal difference.

The point moved Osasuna to sixth on 13 points.