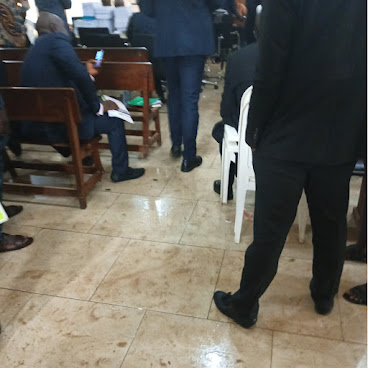 The Thursday rain in Osogbo, the capital of Osun State, disrupted the elections petition Tribunal following the leaking roof at the venue.

The leaking roof was directly over the seat of the chairman of the three-man Osun elections petition Tribunal.

With the development, the seats of the election tribunal committee were shifted to avoid the judges from getting wet.

Different parts of the courtroom were leaking due to the non-stop downpour on Thursday.

Meanwhile, the pre-hearing continued under the leaking roof.